Rhinoplasty is composed of two parts ,(Rhine) which means nose and (Plasty) which means repair and modification.Often in addition to the appearance of the nose in rhinoplasty,its internal defects are corrected too. 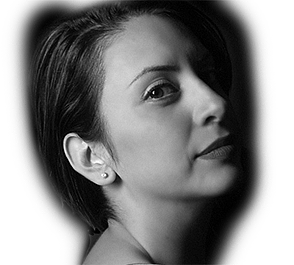 Rhinoplasty is composed of two parts ,(Rhine) which means nose and (Plasty) which means repair and modification.Often in addition to the appearance of the nose in rhinoplasty,its internal defects are corrected too.

In this approach which is more common in nose plastic surgery, a small incision is created on the Columella (septum between the nostrils).in this approachthe nasal skin can be folded upward (similar to opening a backpack or briefcase) and unimpeded visibility of the lower nasal skeleton can be achieved. In addition to direct visibility of almost the entire nasal framework, the nasal cartilages are moved and changed by the surgeon and individual components can be evaluated in their natural, undisturbed alignment.

Thus, the hallmark of the open Rhinoplasty is the vastly improved surgical access permitted by the trans-Columellar incision.

Although many aspects of an unattractive nose can be corrected using a closed Rhinoplasty approach (thereby avoiding a trans-Columellar incision), in Dr.Sofi Zadeh opinion, the modest risk of a visible Columellar scar is more than offset by the improved accuracy, versatility, and effectiveness of the open Rhinoplasty approach.

In the closed Rhinoplasty approach, all of the surgical incisions are positioned inside the nostrils.Although parallel incisions encircle nearly half of the nostril lining, no part of the incision can be seen externally and a visible scar is avoided.However, because the right and left nostril incisions remain disconnected, repositioning of the nasal skin is difficult and the entire operation must be conducted through narrow surgical openings with limited visibility.Because access to the nasal framework requires vigorous stretching of the nasal skin, distortion of the nasal cartilage is also inevitable.

Cosmetic surgery (Rhinoplasty) is a procedure for correcting and reconstructing the form of the nose.Rhinoplasties have been around for thousands of years.at that time,to punish some criminals and to indicate wrongdoing, their noses were cut .And they were intended to reform it so the first Rhinoplasty was created.Over the centuries Rhinoplasty development was too slow ,until about 60 years ago,Rhinoplasty developed by a great leap.

Who would have Rhinoplasty?

Generally, candidates of cosmetic surgery on the nose are divided into two categories.The first category of those who do not have any underlying and functional problem and only would like to change the appearance of their nose and the second category are those who have breathing problems,difficulty smelling and tasting foods and sinusitis, in these cases surgeon intervention is necessary.

Naturally, the second category must have nose surgery after necessary consultations and examinations.

But first category can be divided into several groups as below:

The type of nose based on skin type,the ratio of cartilage part to bone and the strength of cartilage is divided into three parts of normal, bony and fleshy one swhich will be determined after the initial consultation.

2- Do I need to have nose surgery?

To answer this question should say that there are just 2 kinds of rhinoplasty.

3- Does my nose get better by surgery?

To answer this question,should be stated explicitly ,this depends on who is doing your surgery and what is your idea about surgery?If it is done by a experienced surgeon, the nose will be certainly got better.

4- Is my nose corrected completely once?

It depends on the problem of your nose , the experience of surgeon,your skin type and your expectation .

5- Do I have breathing difficulty after surgery?

6 -Will be my nostrils the same after surgery?

Most of the time the answer is positive but sometimes some slight differences are seen because of the stretch and strength ofthe muscles around the nose.

7 – Will I need to reconstructive surgery?

Depending on the current shape of your nose and surgical experience , its problems are resolved once 90-95%but even among the best surgeons and the world centers the possibility of the need to reconstructive surgery is 5-10%,this is 2-5% for Dr.Soufi Zadeh.

8-If I was operated by another surgeon,would Dr.SoufiZadeh accept my reconstructive surgery?

Dr.SoufiZadeh morally recommends you to go to your surgeon,but if you were not willing ,he would accept your reconstructive surgery.

Generally, depending on the skeleton of the noses-including cartilage , bone and skin-are divided into six categories:

Including those who involved some problems like thick skin properly, having hump nose or tip of their noses is flattened .This group is the most suitable candidate for nose surgery and they are mostly satisfied with the outcome.
Read More

In this category ,people have thick and greasy skin and the cartilage part of their noses is more than bony part.This group mostly have inferior nasal cartilages with unsuitable strength. Regarding to the difficulty and sensitivity of this surgery,surgeon experience and skill play an important role.
Read More

In this category people have crooked noses and if you look at them carefully will find other asymmetry in their faces, it means that the growth of the skeleton is not symmetrical.
The correction of these kinds of noses is related to rhinoplasty. Based on Dr.Sofi Zadeh opinion, any surgery could not correct this kind of nose.In these cases, surgeon requires high knowledge and experience of the physiology and anatomy of the nose and also special techniques.
Read More

This category of people who are the bony part of their noses is more than cartilage part. This category usually has thin skin.In this category,the patients satisfaction with the outcome depend on the skill of the surgeon who can make this satisfaction by the appropriate technical tips.Undoubtedly, knowledge and experience and even personal taste of surgeon are very effective in these patients.
Read More

In this category people have already undergone nose surgery are dissatisfied with the results or have breathing problems. The surgery in this group is hard because of previous surgery , the presence of adhesions, changing the natural shape of nose and nature of the tissue. The surgery time in this category is longer and doctor may need to provide the bone, cartilage and skin from other parts of the body.
Read More